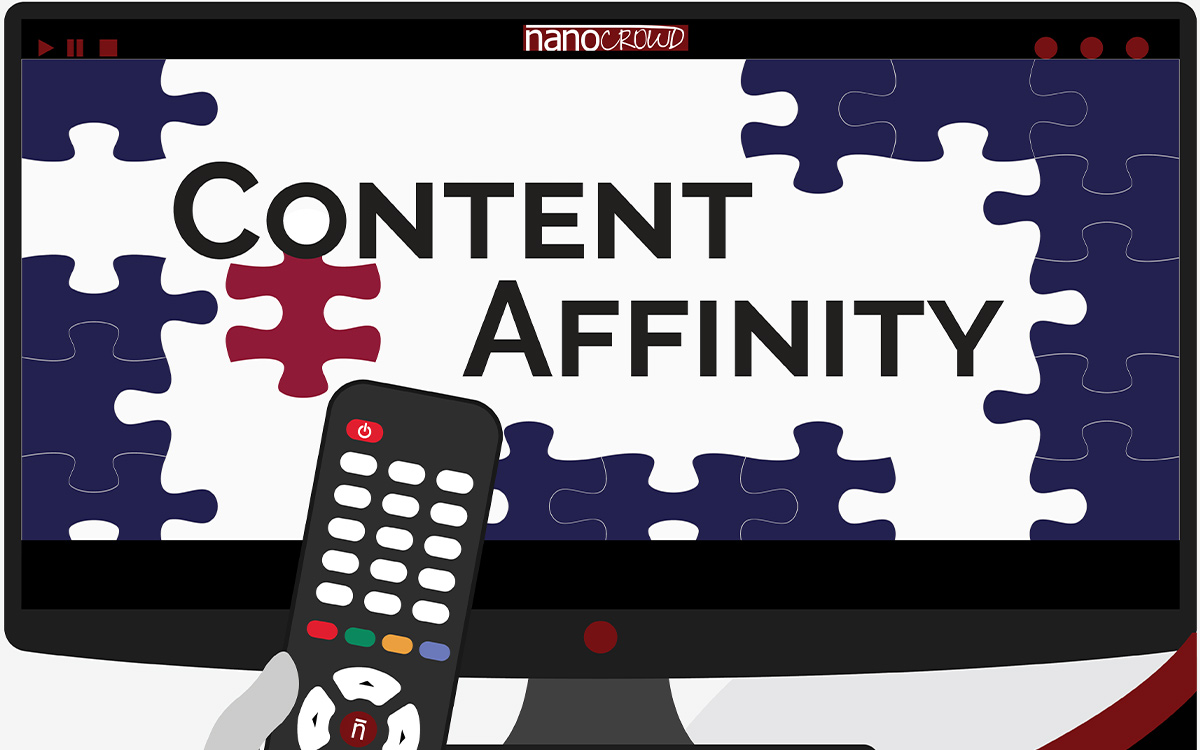 Traditional demographics provide statistical data about people based on ethnicity, gender, race, location, and age. It’s an issue when marketing in any industry because it groups people based on who they are, not what they like. Content Affinity Analysis and Marketing is a better way to analyze and understand what people like based on their reactions.

DEMOGRAPHICS IN ENTERTAINMENT
Historically, the entertainment industry has relied on demographics to segment audiences – from script development to greenlighting a project, and the marketing campaigns that follow. Using demographics to drive production and marketing decisions has many limitations:

It’s becoming more important to segment audiences based on what they like and want to watch. In a Netflix survey reported in Variety Magazine, 2/2020, respondents reacting to Mindy Kaling’s new show Never Have I Ever. 63% said they see:

Content Affinity Analysis and Marketing when based on viewer reviews, gives producers an accurate map of viewers’ rich emotional reactions, and it helps them group viewers. It’s the best way they can get to know their viewers on a personal level. When producers approach audiences based on the viewers’ experiences and emotional reactions to content, they get a detailed description built entirely on the viewers’ authentic perspective, not a statistical label.

Thinking about a new way for producers to understand their audiences has been going on for years. In 2002, Nia Vardalos talked about what kind of audience the producers wanted to reach for My Big Fat Greek Wedding. “Our demographic is anybody with a family that drives them crazy, or anybody who has ever had to plan a wedding, a funeral, or a vacation.”

But it’s only recently that companies have had access to tools that make it possible to evolve their analysis and use more accurate, effective segmentation tools that provide meaningful evaluation. Content Affinity Analysis and Marketing:

The results are transformative in the way companies can communicate, market, and entertain.

RETHINKING HOW TO CONNECT TO AUDIENCES

Nanocrowd applies Content Affinity Analysis to film and television audiences, relying solely on viewers’ words. Using an intricate algorithm, Nanocrowd analyzes how viewers use words to describe their reactions to movies they’ve seen. Using Nanocrowd, studios learn which titles belong together, which themes engage that audience, and which types of content have the highest revenue potential. Because the platform is based on viewers’ words studios discover the relationships between content and audiences, so they can find the right words, comps, and positioning to promote their titles. By rethinking how to identify, describe, and communicate with audiences, Nanocrowd is helping to evolve the way studios interact with viewers.

These companies market to consumers based on individual preference and behavior instead of on demographics.

The Geena Davis Institute on Gender Equality is releasing groundbreaking software called SpellCheck For Bias, an automated tool that uses AI technology to analyze script content for gender representation. They’re expanding their exploration of gender representation to include more intersectional analysis, including research reports on representations of body size, age, disability status, and LGBTQ+ in film and television.

The initiative 5050by2020 is an intersectional movement in arts and entertainment aiming to balance diversity and inclusion top to bottom in film production.“We want the leadership in our industry to reflect the diversity of America because they decide what movies and television we watch. White men make up about 1/3 of the U.S. population, but they are 96% of the film directors. Intersectional power is activated when those with more power and privilege stand for those with less. White people for people of color, cis people for trans people, abled people for disabled.”