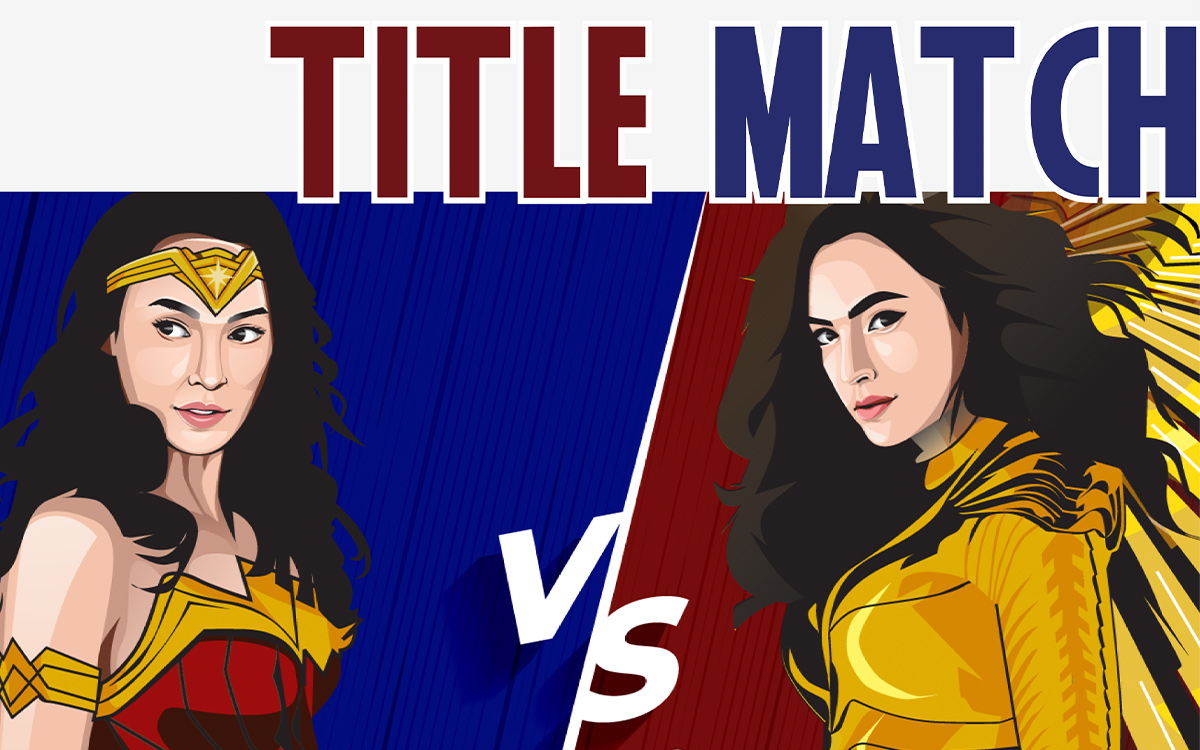 What the audience SAW CAn Make All The DIFFERENCE

By Roderic March CEO - Nanocrowd
Before talking about superhero franchises and the Wonder Woman reboot, I’d like to provide a little personal perspective. I love a good superhero movie. Batman, Spider-man, Superman – I grew up on them and have watched them shift back and forth into humor, then darkness, and back into the light. Many of the major reboots have been wonderful, injecting excitement and new life into franchises. But a few years ago, I started to feel a bit of action-superhero exhaustion. The plots seemed more predictable and less exciting. At the same time, the shift to darker and darker villains without much heroism or bravery wasn’t for me.

By the time Wonder Woman (2017) came out, it had been a long time since I’d recommended a superhero movie – but this one was so different. Gal Gadot, directed by Patty Jenkins, brought to life a new and powerful interpretation of Wonder Woman. Along with Chris Pine, they built a human superhero story that I frequently recommended to others. Friends who had never enjoyed superhero movies were recommending it to me. When they announced Wonder Woman 1984 (2020), I couldn’t wait to see how they’d build on the reboot’s unique success. Sadly, the new installment didn’t capture my imagination, and it was not the critical or fan success of the 2017 version.
At Nanocrowd, we’re interested in understanding what makes titles succeed or fail. We dug in to analyze and understand what was so different about the Wonder Woman (2017) reboot to answer why and how it captured the audience’s imagination, whether or not they were superhero fans.
At first, the two titles show more similarities than differences. Using our ViewerVoice™ platform, we found that the top words viewers used to describe both movies are almost the same, including typical superhero words, like action, villain, and fighting. The most-like title lists for both movies were other superhero movies.

The differences between them began to surface when we calculated the genres for each title. It wasn’t surprising that both appeared in the genre “Epic heroes,” but that wasn’t the main genre for the 2017 reboot.

That was the first indication of the significant differences between the two movies. Most superhero movies are in the “Epic heroes” genre, and that’s the only genre for Wonder Woman 1984 (2020). “War and historical adventure” is a completely different collection of titles. Here are the top titles since 2010 in each genre, in order of how closely they fit each genre.

That’s an important difference between the two titles. In Wonder Woman (2017), the hero wasn’t just fighting an evil villain; she left her home and family to help humanity fight against very real evil. Along the way, she helped vanquish our foe and fell deeply in love with another brave soul. Not only was it a complete reboot of the franchise, but it also attracted people outside the world of epic heroes. 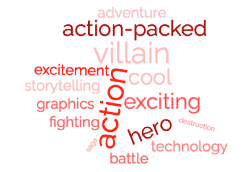 These were both successful movies, and you probably recognize the familiar pattern. Viewers used words like Action and Action-Packed, Villain, and Cool to describe them. We’ve analyzed many superhero titles, and we’ve seen this pattern repeatedly. These are wonderful movies, but they always share most of the same themes.

We used this same clustering tool to expose the significant differences between the two Wonder Woman titles. Let’s first compare the minigenre keywords below for Wonder Woman (2017) to Aquaman and Avengers. 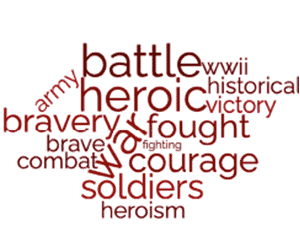 Keywords like Bravery, Heroic, Courage, War, and Historical show the powerful shift of the 2017 reboot – Wonder Woman gave up her perfect life to fight our fight, our war. She brought heroism and courage to defeat our enemy. No wonder this reboot captured our hearts and imagination.

After the successful reboot, viewers’ expectations for Wonder Woman 1984 were high. They were excited to see the next chapter in Wonder Woman’s story and expected a continuation of the reboot’s thematic framework. Surely, Wonder Woman would bring her heroism, courage, and bravery into another very human story.

Instead, the new movie returned to the familiar superhero story: an evil villain is unleashed, and only Wonder Woman can stop her. It’s not a bad story, it’s just a disappointment for fans of the reboot who were expecting more. Here are the minigenre keywords for Wonder Woman 1984. 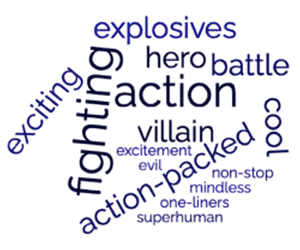 Maintaining franchises is an enormous challenge, and the stakes for the studios are very high for every release. Studios feel immense pressure to follow understood, successful patterns. But, they took many risks to create the Wonder Woman (2017) reboot – the studio broke away from traditional superhero themes, creating a new image of a superhero that was truly fighting for us all. Perhaps the next Wonder Woman will build on those themes, restoring the uniquely brave, heroic, and courageous Wonder Woman.